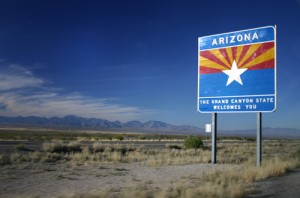 Arizona, the Grand Canyon State, is known for its southwestern desert landscape, beautiful mountains, and of course the dry heat with accompanying scorching-hot summer temperatures. Native American Indian reservations, Sedona’s red rocks, and Jerome’s ghost town are just a few Arizona attractions. There are cooler climates and the less urban cities of Flagstaff and Payson, which draw locals as vacation and weekend spots for skiing, camping and hiking.

Arizona is one of the fastest growing states in the US, with a population of over 6.2 million. Phoenix, the capital, is the 5th largest city in the United States. The University of Arizona in Tucson and Arizona State University in Tempe are well recognized for their fine collegiate standing, but also for heavy partying and drug and alcohol use.

Studies have shown that the percentage of young adults in Arizona who have used alcohol, inhalants, cocaine, and marijuana is higher than compared to the rest of the nation.  Drug abuse among adolescents in Arizona is also a huge area of concern. There was a survey completed by the CDC which indicates that “the youth of Arizona ranked among the highest in the nation for alcohol use, binge drinking, cocaine use, and access to drugs at school.”

As with much of the US, the rate of prescription drug abuse in Arizona is increasing. “Arizona had the sixth-highest level of prescription pain-reliever abuse in the nation in 2010-2011, according to a recent government report” (Radnovich, 2013). Arizona has a high amount of illegal immigrants with its neighboring border to Mexico, and thus it is also known for being a high drug trafficking state for marijuana, cocaine, heroin, and meth.  Unfortunately, these drugs are readily available on the streets and the need for Arizona addiction interventions continues to increase for the individuals suffering from this disease.

Arizona does have a strict legal system in place to try to counteract much of this illegal drug abuse. Sheriff Joe Arpaio is known for his extreme DUI laws and punishment to those who get caught with drugs or under the influence of alcohol. In fact, since 2003 the number of DUI arrests has risen significantly every single year. In 2011, there were over 27,000 DUI arrests in Arizona.

While strict punishment will probably help those who are caught after one night of heavy partying, those with addiction are often left untreated. Arizona has many recovery resources available to addicted individuals. There are detox centers, addiction professionals, treatment centers, and sober livings throughout Arizona. There are also a multitude of Alcoholics Anonymous meetings, along with other groups such as Cocaine Anonymous, Narcotics Anonymous, and many other 12-step groups. There is also a very widespread Al-anon network for families of addicted loved ones to seek help.   FI is well connected to this recovery network and is ready to help your family with your Arizona addiction interventions.

Freedom Interventions is here to help with your Arizona addiction interventions. Please contact us anytime at 888-762-7557.