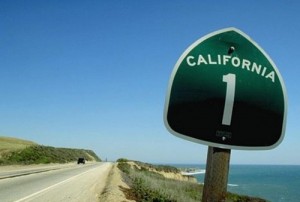 California, known as the Golden State, is the third largest state in the US and home to over 38 million people. California is famous for sunny San Diego, sandy beaches, Hollywood movie stars, Disneyland, and the Golden Gate Bridge.  The Pacific Coast Highway winds down the west coast, showcasing the stunning shoreline. California’s climate consists mainly of warm summers and cool winters. This makes it a very desirable state to live.

California is notorious for having may different types of people from all walks of life.  California is home to some prestigious collegiate campuses, such as Berkeley, Pepperdine, and Stanford.  Sports fans are rarely disappointed, as there are over a dozen professional teams. Outdoor lovers have plenty to keep them busy with hiking, camping, and water sports.

Within California’s diverse population is an increasingly large amount of people struggling with addiction. “Drug abuse is California’s #1 premature killer, killing more people than car accidents, suicides and homicides” (DuffysRehab, 2013). Drugs are brought across the Mexico border and sold in the streets of San Diego, and then they are transported north throughout the state. Cocaine remains the most common drug seized at the southwest border. Additionally, “Medical marijuana” is legal in California. Marijuana use often leads addicted individuals to harder drugs such as methamphetamine, cocaine, or heroin.

In California, the majority of treatment centers report stimulants as the most common drug upon admission. Stimulants are followed by marijuana, heroin, cocaine, and other opiates (Whitehouse.gov). Prescription medication abuse is steadily rising as well. California has Prescription Drug Monitoring Programs (PDMPs), however addicted individuals often turn to street drugs when faced with this type of restriction.

If your family is suffering from the destruction of addiction, FI is here to help with your California addiction interventions. Please contact us anytime at 888-762-7557.