Watching television nowadays breaks my heart. Another celebrity overdose. Sadly, this isn’t the first time, nor is it the only time today that someone has died from drugs. It seems that every time a celebrity overdoses on drugs the media is all over it. Facebook, Twitter, news stations, and magazines are all drenched in coverage. Whether it be Justin Bieber’s recent arrest, Philip Seymour Hoffman’s death, or maybe Lindsey Lohan’s issues. The list can go on and on. The media wants to tell the world about that another celebrity overdosed, but they mostly speak about it through a one way glass. A glass smeared with misunderstanding. The media always talks about the celebrities when they are doing bad or when there is a celebrity overdose, but never approaches the topic of when they are in recovery. They talk about the problem from a misinformed position and never speak of the solution. 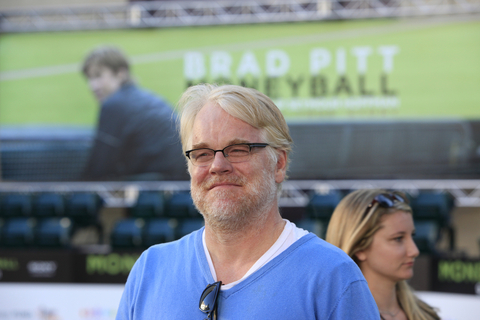 There are so many stigma’s attached to addiction. You can watch the media and believe that celebrity overdoses are happening to troubled lost souls who just need to make better choices. An article I read today even spoke about Mr. Hoffman’s death as his heroin addiction being a choice, which is commonly written about celebrity overdoses. The author of the article even stated that other stars such as Matt Damon would not be found dead with a needle in his arm, because he has more to lose. Addiction doesn’t care about how much you have to lose. It doesn’t care about who you are. Celebrities overdose who seemingly have everything, yet cannot find the power to solve the drug problem. They can afford treatment, but suffer from an illness that centers in the mind. This disease wants one thing, and that is your life. That is the thing that the alcoholic under the bridge that wants so desperately to stop has, just as Mr. Hoffman or Cory Monteith who were talented actors, whether they be in front of the public or hiding from humanity. Internally they suffering from the soul crushing illness that wants to kill them. It was reported in August of 2013 that the rate of deaths a day caused by overdose were 105, and this number has absolutely increased. Addiction is a fatal illness.

Another stigma I would like to touch on is the idea that treatment and 12-step programs do not work. Mr. Hoffman at one time was actively engaged in a program of recovery. In 2012 he checked himself into a detox, and his addiction resurfaced. Addiction is a progressive illness, and when one relapses they begin using as if they never quit. A period of long-term recovery doesn’t give a pardon to the illness. If one stops doing what is necessary the access to power they had gained shuts off, and the defense to the first drink falls. In today’s society there seems to be an idea that a more medical and therapeutic presence is needed in treatment. I believe that, if integrated properly, therapy and a doctor are beneficial. But I do want to touch on an epoch in regards to the treatment of addiction. In the 1930’s there was a movement of a 12-step fellowship, and it reported that within 15 years 150,000 of its members had recovered from this disease. Mind you when I say recovered I am not hinting that they were cured, there is no cure, just that their disease was placed in a state of remission. Those are some amazing statistics. A doctor wrote in that time frame, “We doctors have realized for a long time that some form of moral psychology was of urgent importance of alcoholics, but its application presented difficulties beyond our conception. What with our ultra-modern standards, our scientific approach to everything, we are perhaps not well equipped to apply the powers of good that lie outside our synthetic knowledge.” Addiction needs more than what any human power can give. Professional baseball player Josh Hamilton is a prime example of this. He was not allowed to hold his money, and had a body guard that would go with him everywhere to insure that he would not get loaded. Even with a 24/7 keeper, he relapsed. Even with his career on the line, he didn’t have the choice to say no. The more I see that the 12 steps are getting pushed out of treatment programs, the rate of deaths, relapses, and criminal drug offenses rise. I think taking a look at this correlation would be good. Yet again, I am not saying that therapy is not helpful, but I am saying that working, and continuing to work, a 12-step program is vital to abstaining from any mind-altering substance.

Addiction is a Deadly Disease: Recovery is Possible

It is sad to see another celebrity overdose. Countless people die every day from this disease. It is depressing to see society turn it’s back on a solution that works. There is an answer to this problem, death doesn’t have to be the result.

If your family is suffering from the destruction of addiction, Freedom Interventions is here to help. Please contact us anytime at 888-762-7557.