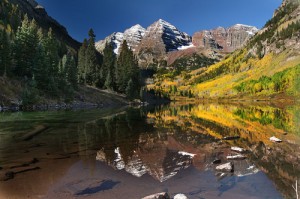 Colorado is known as the Centennial State, but probably most well known as “Colorful Colorado” because of its beautiful landscape of mountains, forests, canyons, and high plains. Snow covered mountains are a huge draw for skiing and snowboarding. There are dozens of renowned ski areas in the state such as Vail and Aspen. Colorado is home to the world’s tallest suspension bridge as well as the largest natural hot spring. Colorado has a population over 5.1 million, and Denver is its capital and largest city. The Denver Broncos have one of the most engaged fan bases in the country.

An interesting fact about Colorado is there are more micro-breweries per capita than any other state. It is no surprise that alcohol is the most widely abused substance in Colorado. Marijuana is second to alcohol. Cocaine and methamphetamine are also huge areas of concern in Colorado, as Denver serves as a major hub for both Mexico and Canada drug distribution. Additionally, “street use of opiate drugs, including heroin and opiate-based prescription medicines such as oxycodone, has doubled between 2000 and 2011” (Martin, 2012). In Colorado, and across the U.S., prescription drug abuse and addiction has become an epidemic. The number of treatment admissions in Colorado for heroin has been increasing steadily over the last 12 years. Unfortunately, addicted individuals often turn to street drugs, such as heroin, because they are less expensive than prescription pills.

Although there is a startling addiction problem in Colorado, there is also an ever growing recovery community. Colorado has an established network of addiction professionals, 12-step meetings, treatment centers, sober livings and detox centers. It can be hard to know who to go to when your loved one is struggling. Freedom Interventions is here to help your family and your loved one recover.

If your family is suffering from the destruction of addiction, Freedom Interventions is here to help with your Colorado addiction interventions. Please contact us anytime at 888-762-7557.