Drug use and addiction is often subtly celebrated in our society. Few would directly condone substance abuse or praise someone’s serious personal affliction, but some of the famous personalities and icons we grant distinction, and even admire, achieve cultural significance, at least in part, by associating themselves with illicit substances. It is usually assumed, for example, that pop stars and musicians are under the influence of one substance or another; and there is no ignoring the fact that a number of great artists and cultural icons throughout history have suffered from drug addiction. After decades, or even centuries, when the tragedy of an artist’s dependency is no longer immediate and only the captivating body of work remains; what was a debilitating addiction often seems romantic and even appealing. 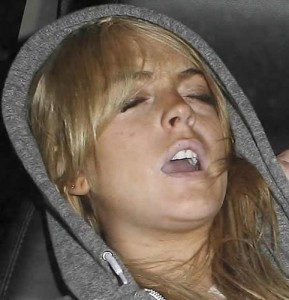 At the same time, we often hear about contemporary musicians, actors, or artists being caught with illegal substances, causing a disturbance while under the influence, or even dying as the result of an overdose. The early signs of addiction are often treated as diversion or intriguing rumor in an age where it has become difficult to parse performance, brand, reality entertainment, and celebrity gossip. But an event as horrifying as a death or suicide is treated with sorrow and solemnity. In fact these tragedies can even seem somewhat surreal and fantastic. Because a celebrity’s life is atypical, a famous person’s addiction and the suffering it causes are often portrayed as abnormalities or the results of notoriety and wealth. Public opinion usually centers on the fact that someone should have seen such disaster on the horizon and commentators agree that the addict should not have been left unsupervised in this or that situation.

These public tragedies, one would hope, remind all of us of the dangers of drug abuse. But such events also make it easy to mischaracterize addiction, imagining it exists only on the fringes of society. Instead of recognizing addiction as the catalyst and the source of an excessive and dangerous lifestyle we begin to imagine the reverse. This leads to the erroneous conclusion that our own dependencies are somehow more mundane and less malignant than those of the superstars we see on television and in the movies.

In reality, drug addiction and substance abuse cut across all communities and impact all of us as human beings. They are problems that affect our society as a whole. Similarly, just as there is no easy road to recovery for an addict, there is no quick fix or short cut for the affluent and renowned. Treatment, rehabilitation, and the daily struggle required to combat addiction are not glamorous and sensational. Accordingly, addiction must be recognized as an all too common cause of tragedy and misfortune, rather than the product of a luxurious or eccentric lifestyle. Similarly we must not regard a cultural icon’s drug abuse as exotic or intriguing, but as a serious affliction that impacts our society as whole.