San Francisco, California is most well known for the Golden Gate Bridge.  It is most famous bridge in the world, and it spans 1.7 miles. San Francisco has beautiful rolling hills and streets lined with trolleys and historic cable cars. San Francisco is known for having amazing restaurants and an exciting nightlife.  San Francisco is also internationally recognized for opera, ballet, and symphony.

Some of the major attractions in San Francisco include Alcatraz Island, Fisherman’s Wharf, Union Square, and Chinatown. Professional sports teams the Giants and the 49ers draw attention to San Francisco as well.

Under the beautiful exterior attractions in San Francisco is the alarming drug addiction and alcoholism which plagues both the addicted individuals and their families. Alcohol accounts for the highest amount of treatment center admissions in San Francisco.  Methamphetamine and heroin are following closely behind alcohol. Cocaine, Ecstasy, and prescription drugs, such as Adderall, are very common on the streets.  The number of reported deaths associated with opiate abuse have been increasing in San Francisco.  Marijuana is also quite often reported as the main substance of abuse in treatment admissions in the San Francisco area. 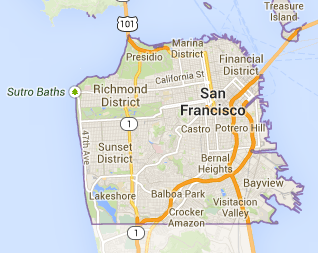 There is an amazing and diverse recovery community in the San Francisco area.  There are more than 700 Alcoholics Anonymous meetings in San Francisco alone.  There are also many other 12-step groups such as Crystal Meth Anonymous, Narcotics Anonymous, and Al-Anon Family Groups.  Northern California has detox centers and treatment centers lining the west coast.  There is also a large variety of addiction professionals and sober living environments.  FI is well connected to the recovery community in Northern California.  Our San Francisco intervention services are tailored to meet the needs of your family and your addicted loved one.

If someone in your life is suffering from drug addiction or alcoholism, Freedom Interventions is here to help. Please contact us anytime at 888-762-7557.